Deficiencies of the Urea Cycle - Clinical Significance and Therapy 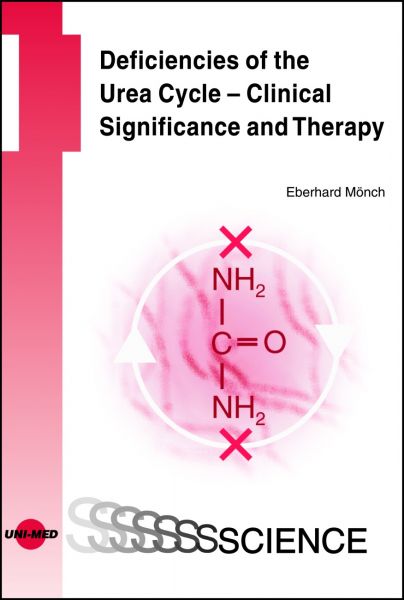 Fachgebiete: Kinderheilkunde, English books, Buch, EPDF
Details
Congenital disorders of the urea cycle are among the group of orphan diseases (i.e. rare disease) but, in this group, are among the more common disorders overall. They predominantly have clinically dramatic courses requiring interventions from intensive care medicine. The age at which they manifest themselves tends to be the neonatal period and hence neonatologists are most likely to be confronted with the diagnosis and differential diagnosis of urea cycle disorders, which also include deficiencies of mitochondrial transporters. In such cases, both the diagnosis and the treatment must take place rapidly and effectively to give affected children the best chance for their further development. This book aims to give assistance to all doctors who have to deal with the problems associated with disorders of the urea cycle and make them able to act in a skilled and knowledgeable manner. This applies not just to neonatologists but, for example, to paediatricians and doctors of internal medicine who are confronted with the milder or adult forms of these metabolic diseases.
Bewertungen
Nur eingetragene Benutzer können Rezensionen schreiben. Bitte einloggen oder erstellen Sie einen Account